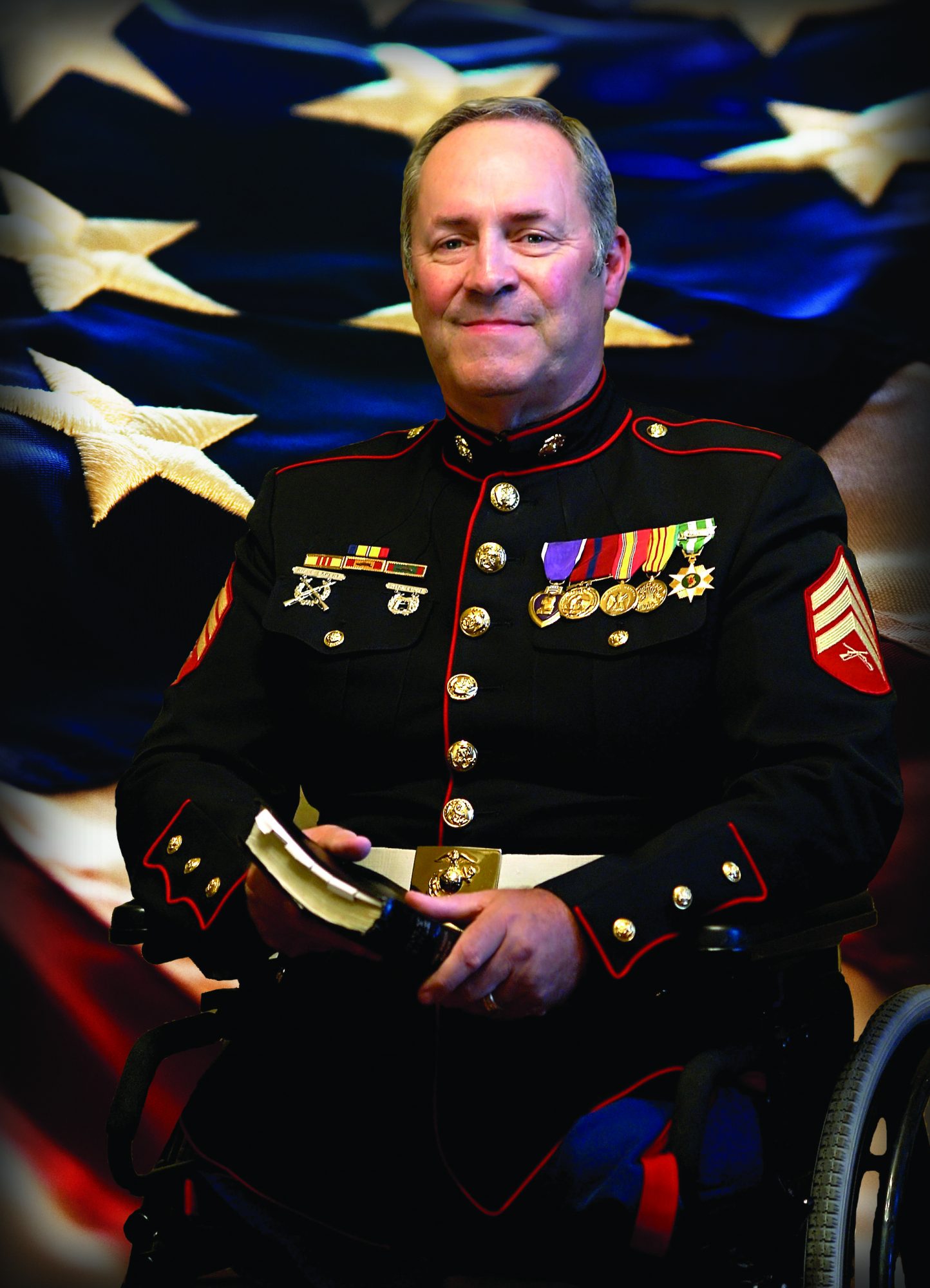 Tim Lee grew up in a Christian home and gave his heart to Christ at the age of 10. As he grew up, however, he developed a hostile attitude toward authority. At age 14, Tim walked the streets of McLeansboro, IL, protesting all ordained authority in the home, church, and school. Tim was running from God and joined the Marine Corps in 1969 to escape the world around him. What began as a routine mine sweep in 1971 ended in disaster when both of Tim’s legs were blown off. His days of running from God were over, and Tim finally surrendered to God. Today Tim travels as an evangelist, carrying the Gospel across the nation.