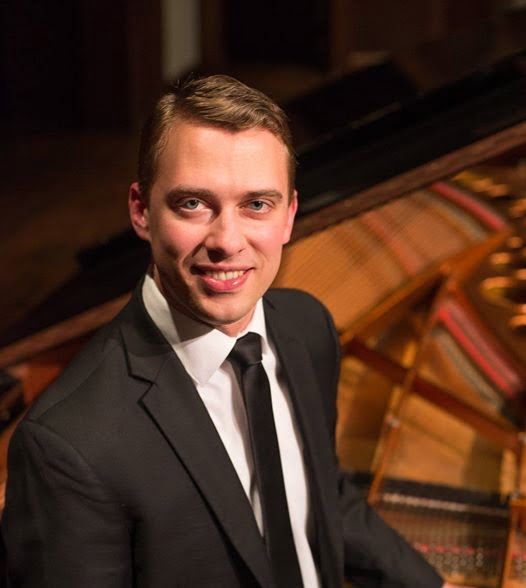 Jacob Bernhardt, a native of the Chicago area, was exposed to music at a young age through the ministry of both his grandmothers, who were church pianists. He began formal piano lessons at age six. In high school, he was a scholarship student of renowned pedagogue Emilio del Rosario at the Music Institute of Chicago.

Mr. Bernhardt earned his bachelor’s degree in piano performance from Bob Jones University, and his master’s degree in collaborative piano from the Cleveland Institute of Music. At both schools he garnered scholarships and awards, including first prizes in BJU’s Piano Contest and Concerto/Aria Competition, and in CIM’s Milhaud Competition. He also received CIM’s Rosa Lobe Memorial Award for the highest level of achievement in the collaborative piano department. Mr. Bernhardt’s teachers and mentors include Anita Pontremoli, Joela Jones, Emilio del Rosario, David Lehman, and Deborah Gillette.

Mr. Bernhardt is an amateur singer, and enjoys composing, conducting, reading, and playing cribbage. He and his wife Joanna, and their son Freddie, currently reside in Cleveland, where Jacob is pursuing his Doctor of Musical Arts degree at the Cleveland Institute of Music.